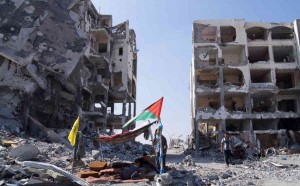 Palestinians hate Israel and they have good reasons to do so, according to the Pro-Palestinians brandishing publicly and mediatically unstoppable arguments to illustrate the cruelty of Israel toward the Palestinians.

Let us review some of these irrefutable arguments:

The city of Gaza alone has a density of 9983 people per square kilometre.  It is less densely populated than, in ascending order:… Delhi, Osaka, Geneva, Jakarta, Tokyo, Buenos Aires, Seoul, Paris, Mumbai, Shanghai, Cairo, Manila and Dhaka (Bangladesh).  In the ranking of the most densely populated cities, Gaza comes just before Moscow and Grenoble.          Just for comparison, Gaza has a density of 9983h / km2 and the most densely populated city in the world, Dhaka, has a density of 43 797 h / km2. This simple comparison is enough to undo the argument; the densite of the  population in itself and alone, cannot be a cause of suffering of a people.  Paris, Geneva and Tokyo, which are more densely populated than Gaza, are also the economic capitals of their respective countries and enjoy a higher standard of living than the rest of the country where the population density is lower.

The Palestinians are in the top 10 ranking of global obesity, very close to the Americans. A Palestinian study indicates that in urban areas, 49% of women, 30% men and 16% of adolescents range above the threshold for obesity. Responsible are: the excessive consumption of soft drinks and hyper sweet desserts, and for women, the lack of sports facilities reserved exclusively for women according to the religious norms imposed by Hamas.  One usually objects that obesity, does generally strike the most malnourished people, which here, is a false argument, since it is neither a question of malnutrition nor of junk food, but of access to foodstuffs which is absolutely not hampered.

The only blockade of the Gaza Strip now under way is due to Egypt, which closed all the crossing points between Gaza and Sinai. On the Israeli side, many crossing points are open and are the entry points of all goods into Gaza, even during the fightings between Gaza and Israel. Moreover Israel supplies electricity, fuel and water to the Gaza Strip. Of commodities and energy entering Gaza, one cannot legally talk of a blockade, which is a total interruption and without exception, of the economic flows.

The average life expectancy of the Palestinians is 73 years old and this is one of the best life expectancies in the Arab world. The Palestinian population grows spectacularly with a rate of 3.44% per year in 2013, a situation qualified as ” Gaza demographic miracle “, thanks to a very high birth rate, a very low rate of infant mortality, and a long life expectancy. For comparison, the genocide of the European Jews saw the disappearance of 60% of the population and the genocide of the Assyrians (Aramaeans/Chaldeans/Syriacs) by the Ottomans, reached 75% of the population between 1915 and 1922.

A water deprivation generating a danger to humans under a Mediterranean latitude would immediately result in a sharp decline in the figures of life expectancy and by a drop in the demographic curve, which continues to rise. In addition, the opening of a Water Park in Gaza in 2010, immediately closed for religious reasons, by Hamas, seems antithetical to a shortage of water in the Gaza Strip. In terms of access to water, the Palestinians are far more victims of their own irresponsible behaviour on environmental matters and the significant resulting pollution.

94% of Palestinians are literate; it is the second best rate of the Arab world after Qatar. The Assistance to Refugees Agency specially created for the Palestinians, the UNRWA financed by the UN, which manages many educational institutions and the international American and European aid among the most important, are also devoted to education. The Palestinian Authority claims that 80% of young Palestinians complete secondary studies. In the Gaza Strip alone, 8 higher education establishments, of university type, are available.

The status of the “West Bank” and Gaza is not defined by any treaty establishing borders and sovereignty. The “1967 borders” never existed; there were only the 1948 armistice lines. The only recognized borders are those of Egypt and Jordan, which have returned to their original borders by abandoning Gaza for Egypt, and the “West Bank” for Jordan. These territories are legally disputed territories. Israel therefore does not occupy any sovereign foreign lands but does actually occupy a juridically empty space, and the legality of this occupation was attested by the Court of Appeal of Versailles in 2013 in the Jerusalem Tramway case. From an historical, geographical and legal perspective, Israeli claims on these lands are, at the very least, equally legitimate as that of the Palestinians.

Just have a look in historical archives or in Atlases of the start of the twentieth century, and you will find that the area south of Jerusalem, which includes the cities of Bethlehem and Hebron, has always been called Judea, a name that has the same source as “Judaism” and “Jew” and which derives from the name of the Kingdom of Judah, resulting from the secession of the Kingdom of Israel, whose capital was Samaria whose ruins adjoin the Arab village of Sebastia, near Nablus, formerly called  Shechem in the northern area of Jerusalem, whose geographical name has always been Samaria. This is the reason why, the “West Bank” has two authentic names, Judea and Samaria.

– Palestinians are refugees who are entitled to return home

For all other peoples of earth, the refugee status refers to those who have been displaced by force or exodus, and only those persons. Neither their children nor their descendants. If international law was equally applied between the Palestinians and the rest of the world, the only Palestinian refugees would be the people who were displaced between 1947 and 1948 and who are therefore, at 65 years old and over. The Palestinians born in Gaza, the West Bank, Jordan, Lebanon and Syria after 1948 cannot be regarded as refugees. Only one exception, therefore illegitimate, for the Palestinians, makes this situation unfair to all the other refugees on earth, starting with the 900,000 Jews expelled without compensation, from the Arab countries of which they were the inhabitants before 1948.  Moreover, and contrary to the Jews expelled from Mususlman countries, the 1948 Arab refugees were not expelled by Israel, but have voluntarily fled the territories of the new state of Israel, not to be ruled by Jews and especially because Arabs leaders, who planned to reduce Israel to nothingness, called the Arabs to quit the territory of Israel so that their armies can safely finish the Holocaust and avoid burrs on Arab inhabitants. Besides, all the Arabs did not respond to this call, and those who remained and who were able, eventually, to benefit from a family reunion granted by Israel to their loved ones who fled, are the ancestors of the 1,6 million Israelis Arabs living, thriving and very happy in Israel.

“Apartheid” is a South African word meaning “Separated Development”, designating the establishment from 1961 to 1994 of a separate development policy between white and black communities in South Africa.  This word can neither be taken out from its South African context, nor from the historical context, of the history and mentality of the Dutch Protestants and the French Huguenots installed in South Africa in the XVII century, and constantly threatened by African tribes, as well as by British imperialism.  The use of this word for the Israeli-Palestinian conflict demonstrates either an intellectual dishonesty or a profound ignorance of the history of South Africa and the Apartheid. In addition, Israeli citizenship is detained by 1.6 million Arabs, or the equivalent of the population of Gaza, and the Arab Israelis have access to all functions of the State of Israel or its parliamentary democracy.   In fact, the State of Israel, practices an integration policy mixing Jewish populations, Arab, Druze and others, while the promoters of a two states peace solution, one Jewish and one Palestinian , actually advocate, a separate development solution of two communities, thus an “Apartheid” (let it be stated, once again, that this term can be applied solely to South Africa and its historical context)
—-
Pug