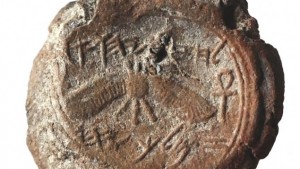 The more time goes by, the harder archaeology discoveries gets the job of Anti-Zionist propaganda!

Professor Eilat Mazar, of the Hebrew University of Jerusalem and director of excavations on the Ophel, the zone south of the Temple Mount and which is the site of the ancient city of Jerusalem, announced to have discovered, in the ruins of a royal building located on the Ophel, a clay imprint of the seal of Ezechias, son of Achaz, King of Juda in the 8th century BC. 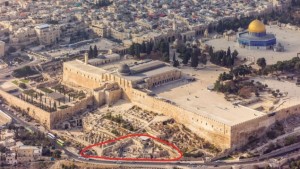 This small slice of clay sealed a papyrus, of which fibers are still taken in clay in the back, doubtless signed by the King himself. Which allows Professor Mazar to say her team has discovered an artefact certainly held, in his own hands, by the King himself.

This discovery confirms, on one hand the Jewish presence on this place approximately 3000 years ago and on the other hand the historicity of the biblical account, often beaten in breach by many historians and archeologists but also regularly confirmed by discoveries making it possible to check that the Bible is based on historical chronology.

I’m pretty sur they will say that it is again a Zionist plot !