Since the beginning of its modern history in 1948, Israel hates the Arabs and the Muslims and practices a terrible segregation towards them.  It is time to denounce vigorously and without pretence this Israeli apartheid, and here are the irrefutable evidences: 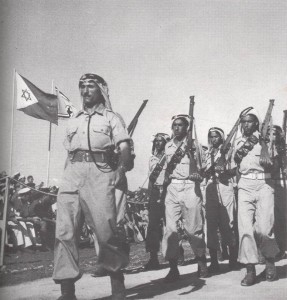 -The racists and xenophobic  Jewish Zionists  fought against all Palestinian Arabs without exception in 1948, and since then, in a shameful  discrimination, did not accept any Arab in their armed forces, as evidenced by the IDF Bedouins Unit that paraded in Tel Aviv in 1949, and as evidenced  today,  the existence of the Druze Herev Battalion (Sword) and the Desert Reconnaissance Bedouin Battalion, not counting the number of Druze, Christians, Arabs and Muslims who serve in the Borders-Guards Units or in the Police, like Druze policeman Zudan Sayef who gave his life truing to stop the Kehilat Bnei Torah Synagogue shooting in November 2014. 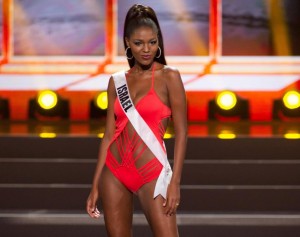 -Israeli Jews feel so much disgust towards  Arabs and Ethiopians  that they have elected “Miss Israel” Rana Raslan, an Arab Muslim in 1999 and Yityish Anyaw, an Ethiopian Jew in 2013, who served as an officer in the Israeli Military Police, to emphasize their sexist side.

-The anti-Arab segregation in Israel is of such severity that it is an Arab Christian, Judge George Karra, who condemned former President of Israel, the Jew Moshe Katsav, to seven years in prison for rape, and  that a Maronite Christian Arab of Lebanese origin, Salim Joubran, seats at the Israel Supreme Court since 2004.

-Israelis are such racists and sectarians, that in October 2013, they appointed Colonel Ghassan Alian, a Druze, as Commander of the Golani Brigade, one of the oldest and most prestigious units in the IDF.  Numbers of IDF Generals are also Druze and are appointed to commands as important as, for instance, the Interior Front.

– Israeli society denies Israeli Arabs so many legitimate democratic rights, that 14 Arabs sit as Members of the Knesset, the Israeli Parliament, and even have the right to rejoice in the kidnapping by Hamas of the three young Israelis teenagers in 2014, and even more, to be re-elected as  the country’s 3rd political force in April 2015.

-The IDF  is such a hangout of xenophobic Nazis that it has established several field hospitals which welcome and care for Syrian refugees fleeing civil war, and the Israeli Society is so inequitable that its cares, in its hospitals for the wife of Mahmoud Abbas and for the granddaughter of Ismail Haniyeh, the Gaza Hamas leader, the very man who calls for the death of Israel.

Good enough?  Do you understand that this business of apartheid and discrimination against the Arabs has no basis, or shall I need to use more sarcasm?

The fact is that Israel is a multicultural country, multi-ethnic, crossed by many national influences that coexist all together, starting with the 1.6 million Arab Israelis, whose average standard of living is far more valuable than of the Arabs living in the neighbouring countries, and especially that of the Arabs living under the ferule of the Palestinian Authority and Hamas.